This proposal expands the competition program to provide not only a visitor’s center, but also a much-needed model for responsible large-scale development in downtown Newark.

Public and private spaces merge to create a common zone of interaction in stark contrast to Newark’s sordid history of racial and socio-economic polarity. Using under-utilized blocks to the south, the Visitor Center connects back to the local neighborhood. Subterranean parking for both locals and visitors feeds big box retail as well as a public promenade flanked by gallery spaces, public parks, a community center, local enterprise, and mixed-income housing.

A tessellated canopy weaves throughout the project’s varying spaces and integrates photovoltaic energy modules and air-filtering plant systems. This tapestry symbolizes the coalescence of Newark’s diverse permanent and transient populations while providing shade for market/festival space along the central promenade. Through this symbolism and pointed urban renewal, the proposal stitches the Visitor’s Center into the fabric of the city, thereby creating a nexus for interaction and dialogue among all of Newark’s nationalities and socioeconomic classes. 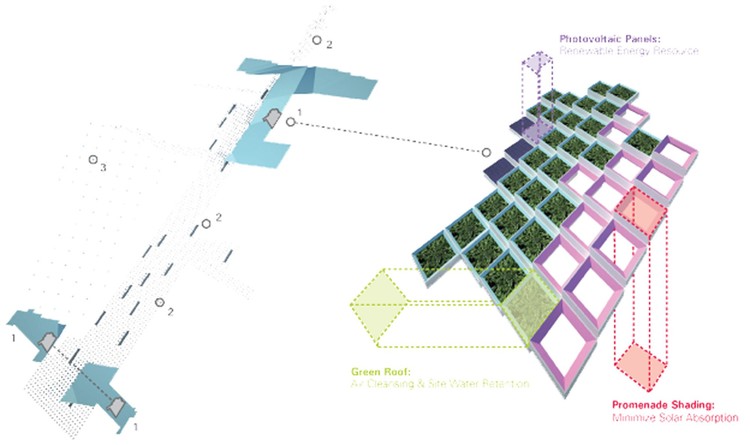 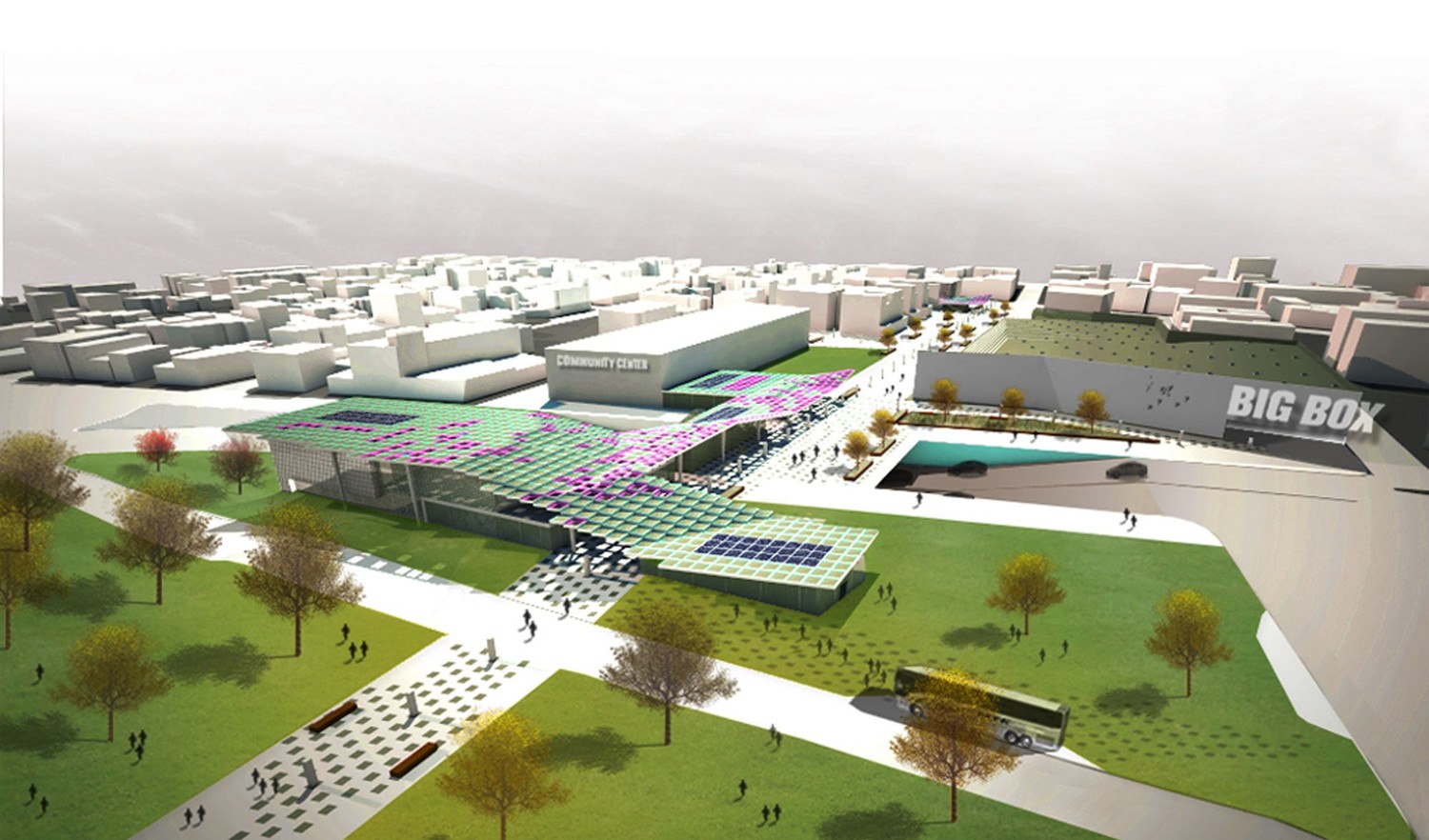 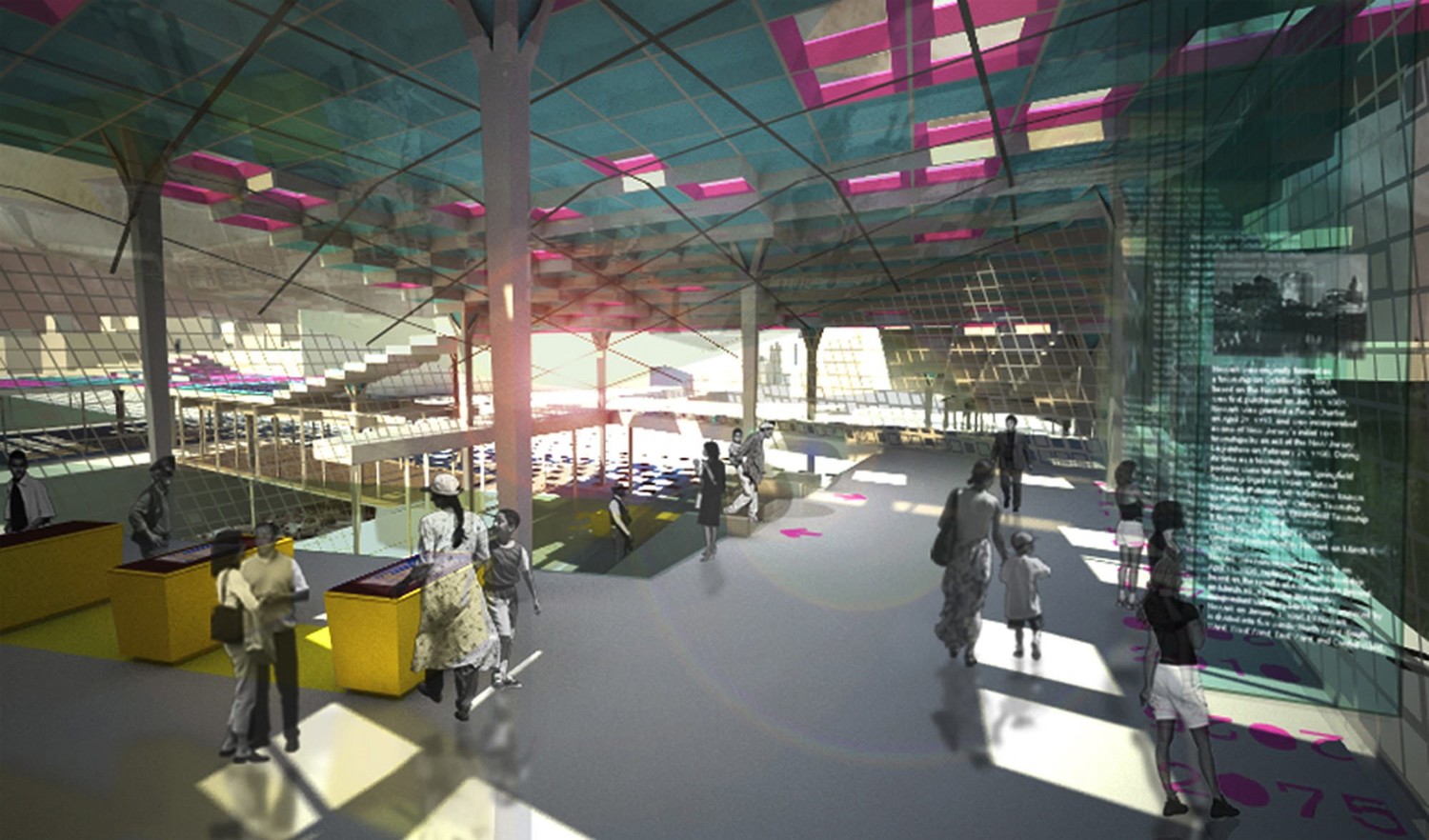 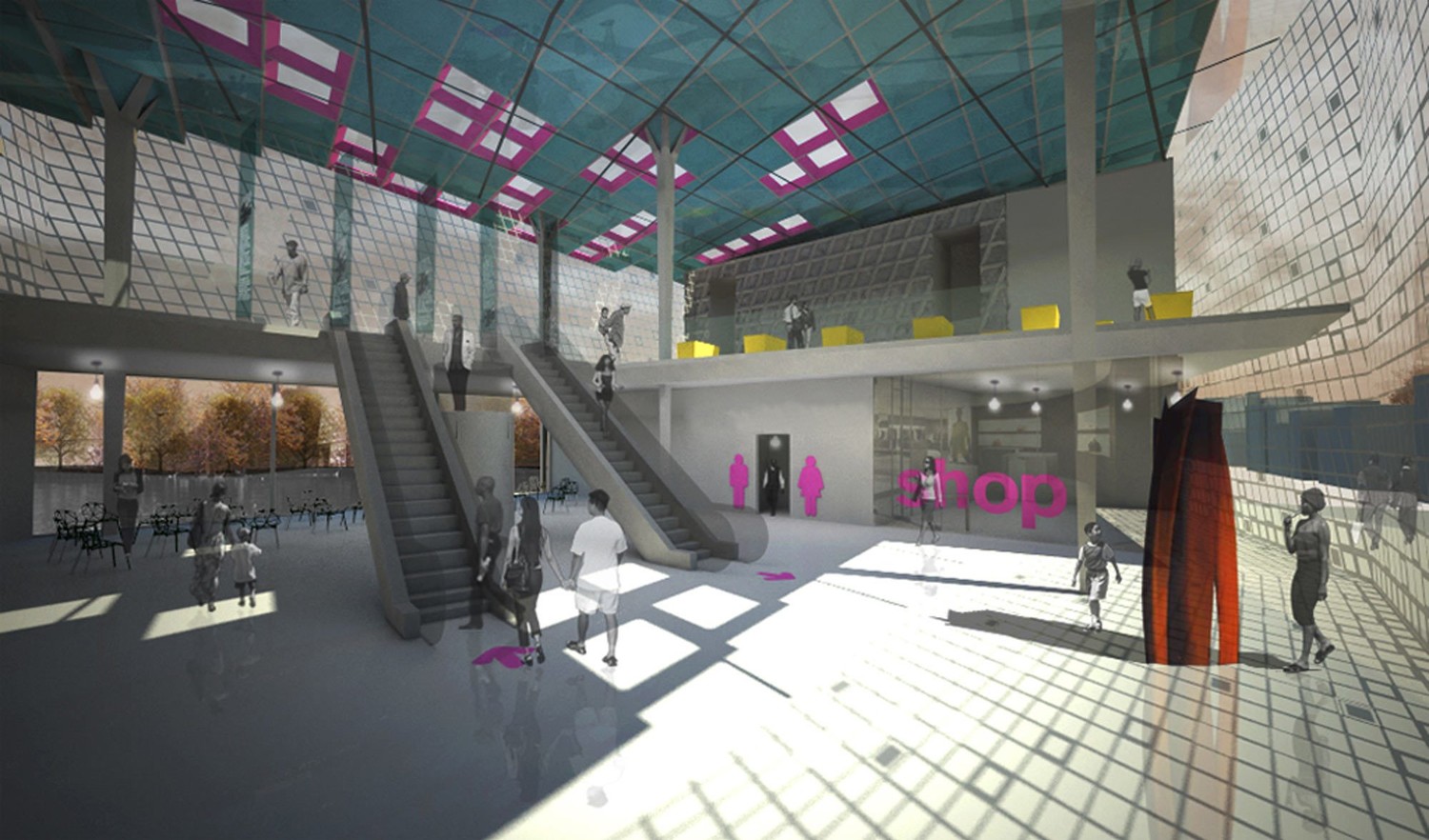 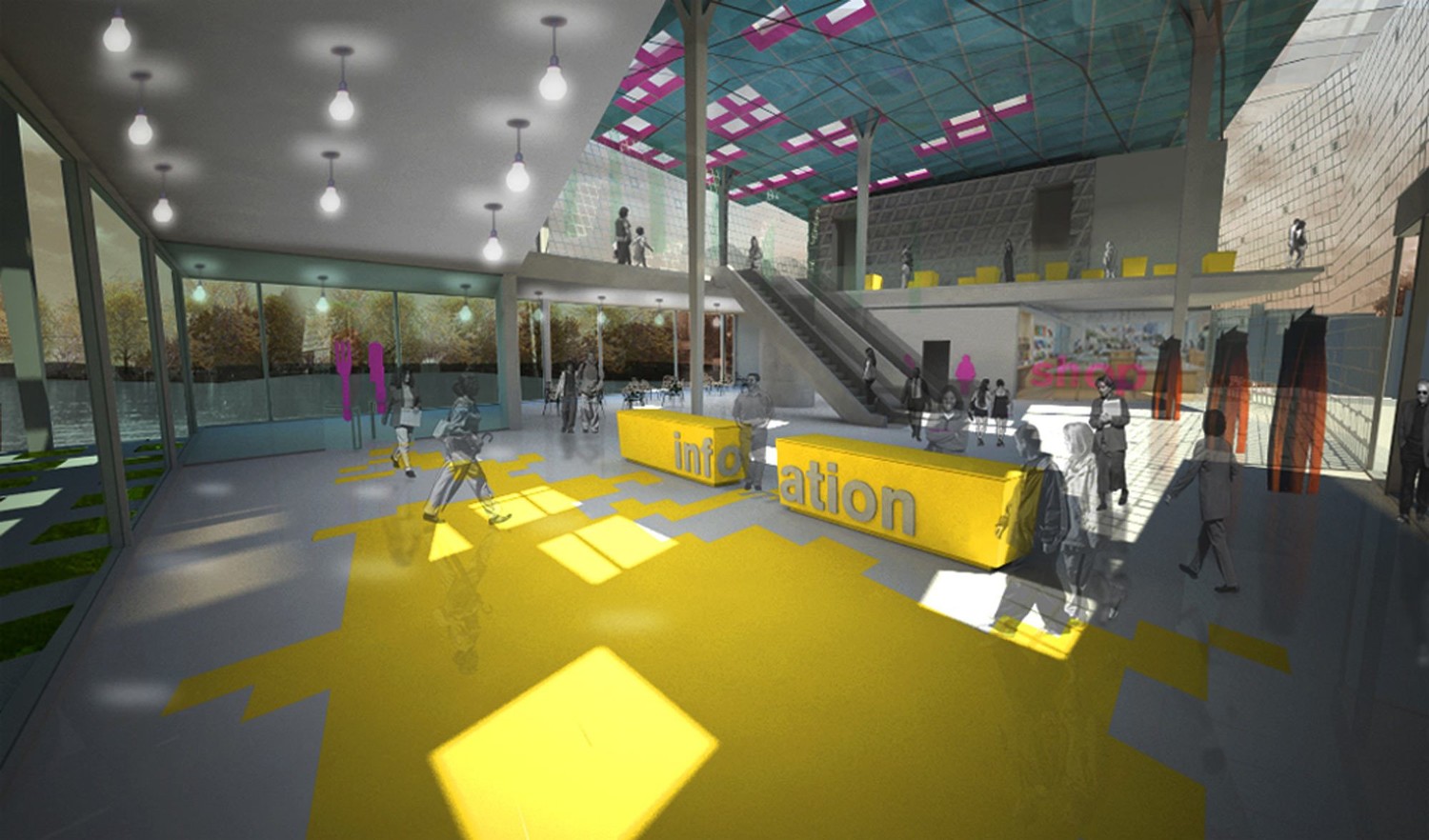 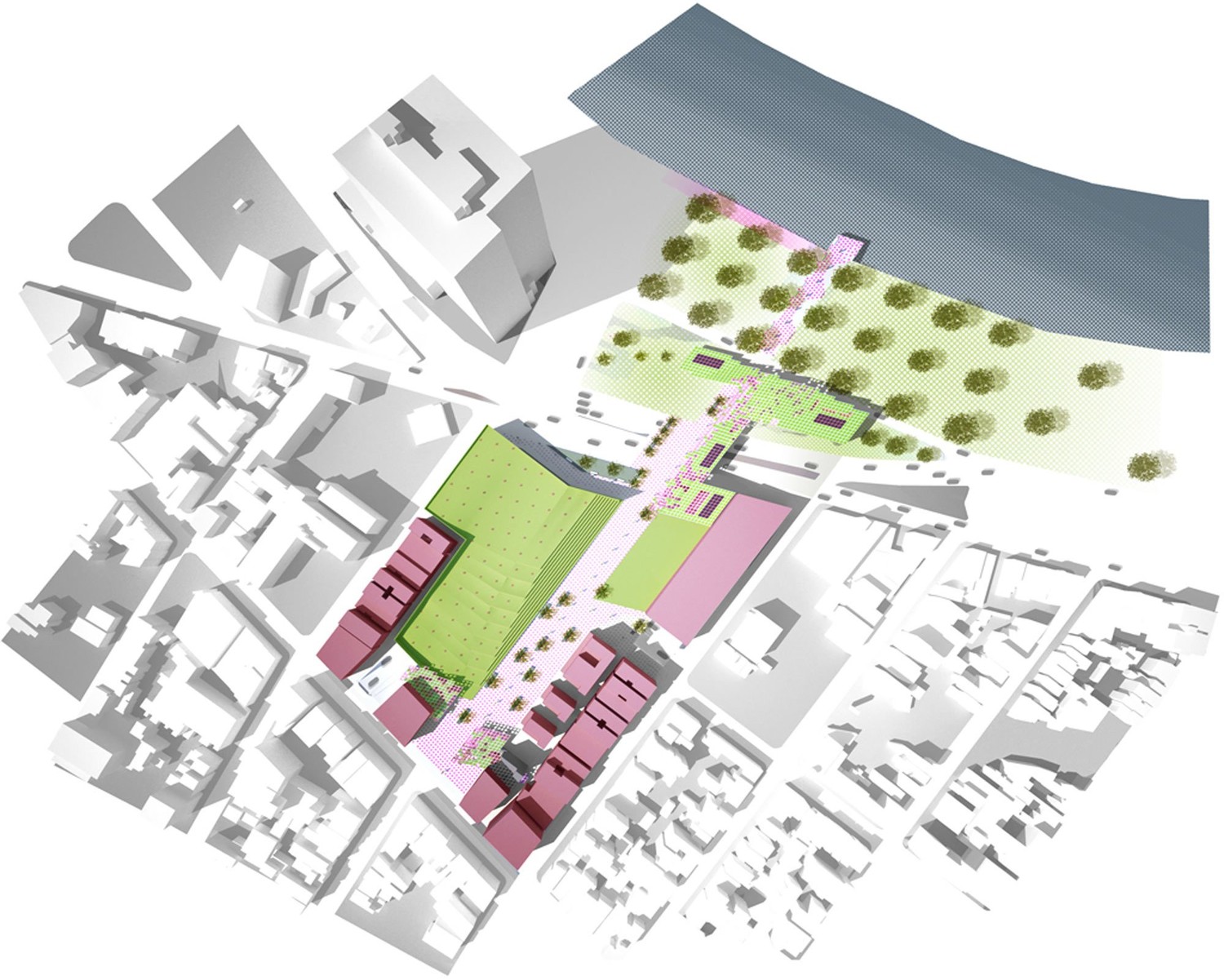